Dog-gone!So there I am cleaning the van and other chores outside when I hear this whistling and yellingIts past midnight, don't people sleepI go and see whats going onDrunk husband and drunk wife though she slurs he's drunk I am notWhats going onI opened the door and our dog ran outSo cops are buzzing around, lady and man are buzz buzzing aroundI decide to join the huntI find the dog, call the cop shop and lady dispatcher says your name is Carey so is mine, but this has nothing to do with the storyDispatcher tells me stay put will call them5 minutes, 10, 15 minutes no one shows up so I leaveMoral of the story is never count your chickens before they hatch, one could turn out to be a duck
Carey On...
Posted by Carey K. Masci at 12:28 AM No comments:

Reflections on the Shutdown

Some things to ponder as we prepare to reopen society
When I was going through my three month bout of who knows what I had from mid-December to early March I watched TV and did little else. I had brief spells where I felt a little better and worked a few jobs but for the most part sat or slept.

Sometime in February when I was experiencing a high fever I felt like I was dieing. I had nightmares and when I awoke from one I was delusional. I no longer felt comfortable in my surroundings almost as if I did not recognize my house. It was cold and not homey at all. It didn’t even smell right. I had a strong sense to get things in order, gather unused and unnecessary things and throw-out. The first area was my closet.
So  on the good days I would clean house, then rest and watch TV. Right after the presidential impeachment hearings, which I just about watched the whole thing, more and more newscasts were about the corona virus. Then the shutdown occurred. And then came all the posts on social media sites of people cleaning their house and closets and throwing things out. Hmmm.
~~~~~~~~~~~~~~~
We said we were alone during this quarantine but were we really? Vietnam was the first war to be broadcast daily on TV. Now we can say the covid-19 is the first major crisis where we lived through it via social media. 911 happened but many of these sites didn’t exist then.
I like to thank everyone who entertained us with their daily skits, humor and information to ease our angst. We may have felt isolated but we were never really alone.
~~~~~~~~~~~~~~~~~~~~~~~~~~~~~~~~
Also I like to thank many of you who checked up on me during my illness and immediately when the quarantine was first announced. I won’t mention names because of fear of leaving someone out. But you know who you are. It did ease my anxiousness during my illness knowing I had people to lean on financially if things got really bad.
But I know I was not the only one with friends reaching out. Many of you did that for each other. Take a collective hug and bow for being there for each other.
~~~~~~~~~~~~~~~~~~~~~~~~~~~~~~~~
~~~~~~~~~~~~~~~~~~~~~~~~~~~~~~~~
Nothing has made sense during this whole fiasco, nothing and a thousand more nothings.
~~~~~~~~~~~~~~~~~~~~~~~~~~~~~
In the that’s ridiculous department are the news updates of unemployment numbers going up. Is this really needed when most everything was ordered closed? What did you expect unemployment to go down?
~~~~~~~~~~~~~~~~~~~~~~~~
Arrows at the stores. Dumb stupid and asinine! So I was at a store where they have arrows pointing for the direction to go through the aisles. I was in the vitamin aisle. I left my cart at the top. I couldn’t find what I was looking for but realized that I made it all the way down to the end of the aisle but my cart was at the other end. Now what? Do I circle around to get my cart? Do I walk backwards towards my cart so I am not really violating the arrow direction? Or do I go rogue and go against the direction of the arrow. I went and got my cart.
~~~~~~~~~~~~~~~~~~~~~~~~~~
After leaving this store it occurred to me the arrows will never work. All it took was a brief observation of the parking lot with cars driving up and down in the wrong direction and parking where they shouldn’t.
~~~~~~~~~~~~~~~~~~~~~~~~~~
I was sick for three months so hardly ventured out and then the shutdown happened. I am a rebel to begin with and being stuck inside for three months do you actually think I stayed home during this whole quarantine? NO way. Every Sunday I took a day drive to some out of the way park. Just about every night I went for a walk. I had a friend over for Easter and I even shook hands and hugged friends and acquaintances. I am such a rebel! OY!
~~~~~~~~~~~~~~~~~~~~~~~~


Ridiculous talk number two. Within a day of this shut down I wrote how dangerous this is because of suicides. So now what is being reported, the rise in suicides – duh - as if they didn’t see this happening. You take away a person’s ability to put food on their table and coupled with the fear of losing everything you take a person’s self-esteem and hope away
~~~~~~~~~~~~~~~~~~~~~~~~~~~~~~


During my outings to parks most of their restrooms had for emergency use only signs. When you gotta go, you gotta go so isn’t most times an emergency? But some park restrooms had for emergency use only signs but had their doors locked. Now what is one supposed to do when they gotta go? Hello, 911 this is an emergency can you come unlock the restroom? Please stay calm, do you have to pee or number 2? Um a combination. OK this is what you have to do. OK OK but please hurry. Ma’am please stay calm, don’t move, cross your legs and sing Mary Had a Little Lamb OK. Yes OK….  Paramedics arrive. It looks like she isn’t going to make the restroom, bring a sponge and mop please. Lady don’t move, we will clean you up. Double OY!
~~~~~~~~~~~~
Almost immediately when this happened I wrote America will never be the same. And it won't be. The new buzz phrase is the new normal. Please think for yourself, do not use that phrase. There is nothing new or normal about communist run governments which is just about what were are experiencing.
~~~~~~~~~~~~~~~~~~~~~~~~~~~~
Sunlight since God said let there be light has been good for man and planet. Sunlight or being outside does wonders for ones health. They admit being outside and in the sun could help fight covid-19 and yet they keep our beaches and campgrounds shut. Do I need to comment further on this?
~~~~~~~~~~~~~~~~~~~~~~~~~~~~~
And that's a wrap!

They have stolen our vote with this lock down. I do not believe absentee or mail in ballots should ever have been allowed. If you can't set aside an hour or two to go vote than obviously you do not take voting seriously.
The only reason for mail in would be for the military and the disabled.
And if disabled 2 people from the board of elections should come to you to witness you filling it out.
This is all fraud allowing this madness to go on.
I myself will not vote in this election because I did not request the form to vote absentee in time.

"Voters should not make it their plan to show up Tuesday unless they are homeless or disabled.
Ohio's Secretary of State LaRose tweeted.

So homeless can vote in person or the disabled - huh?
Absentee ballots were intended for the disabled but they can go in person and vote.
Is any of this making sense? This is all a sham.
Carey On...
Posted by Carey K. Masci at 12:24 PM No comments:

Hey Gang,
During this lock-down I have been doing what I do best and that is get lost.
These are photos of yesterdays escape. I took River Road, Rt. 174, in Willoughby Hills all the way to Huntington Valley through Henry Church Rock Picnic Area in Bentleyville to Solon to Aurora past the remains of Geauga lake Park to Hiram to Garretsville, stopped at the IGA there, to Hiram, to Parkman, hiked a park called I believe  Eagle nest somewhere outside of Parkman, onto Middlefield, then through Madison on home.

Quieter drive with some nice scenery.
The park is not yet completely awoke from the winter slumber but was told once the wildflowers bloom it is beautiful. 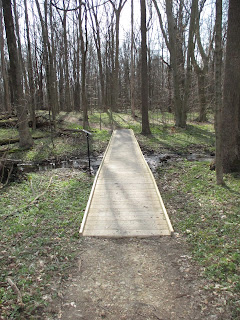 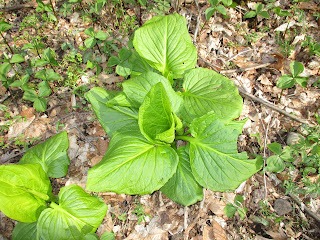 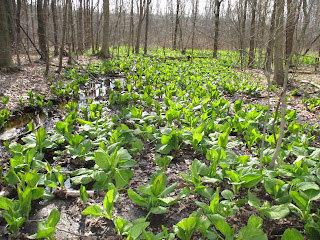 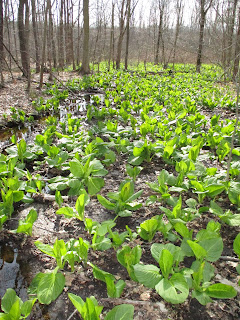 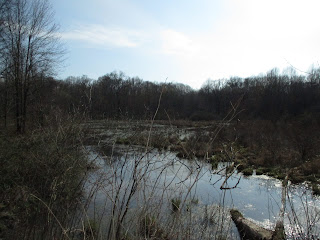 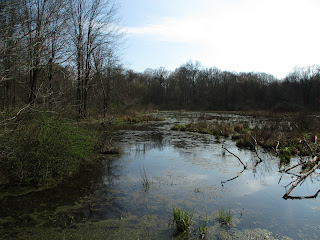 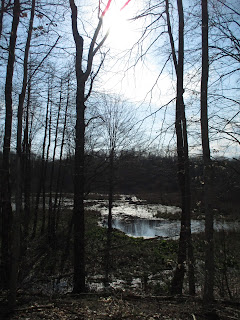 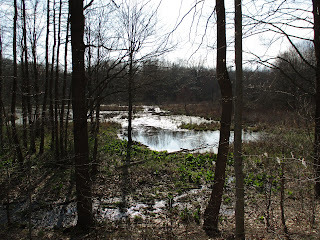 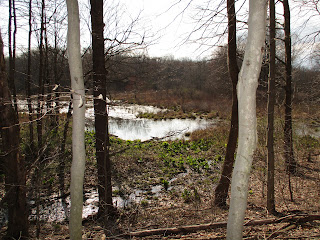 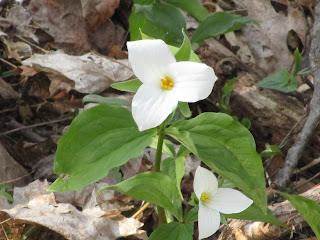 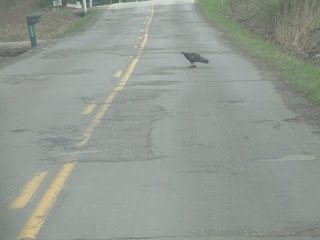 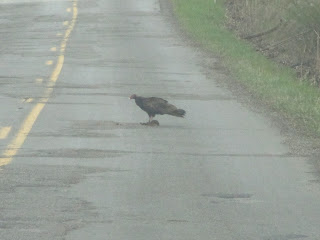 Hey Gang!
WOW has it been some time since I visited my ole' blog. Yes I have neglected it by getting caught up in the world of Facebook. Shame on me.

So I am going through my bookmarks of various websites, getting caught up on old links that should have been read months and some even years ago when one really caught my attention and brought back warm memories.

The link was about Mr. H’Lommedieu or Loril. It was somewhat of a brief friendship as Loril passed on about a year plus into our meeting but it left a lasting impact.

Here is that link about Loril and Geneva on the Lake
http://www.summerfunheritagetrail.com/heritage-trail-sites/play-tog-shop/

What wonderful memories. What a warm hearted and Godly man. I sure miss his conversations.