Hey Gang,
Another year and another Winter Cookout/Freeze Fest in the books. I have been hosting this event for years with only last year that I can remember being cancelled. Last year was cold but not as cold as it was way back in I believe it was 2001 where it was 5 to degrees, now that was a real Freeze Fest. This year, 2016, set a record as the warmest ever, low to mid 30’s.
I decided at the last minute to hold it and my sister said watch this will be the biggest turn out ever. And it was. Was it because of the last minute notice or the warm weather or both? The official count was 31. 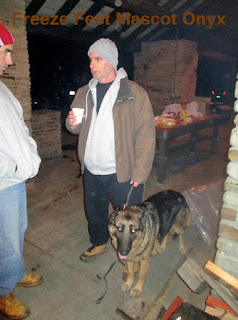 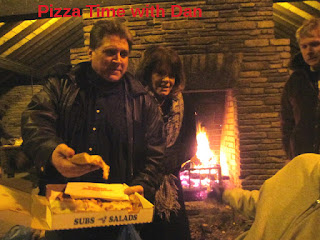 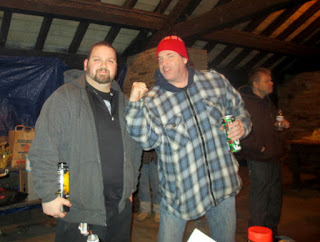 The rookies in attendance were Kevin, my neighbor Michael, Michael Smith, Dan and his sister Diane, Elaine, Carol Mikes girlfriend, Billy with the return guests being Ruth, Paul, Jamie, Jeff M., Rich, Brian, Mike B., Dennis, Janet and Phoenix, my sister Cindi and her boyfriend John, Walt and his family Jamie – Jimmy – Cassie –Dani – and their two friends, Nick, Chris, and the late arriving Jeff Bedol. 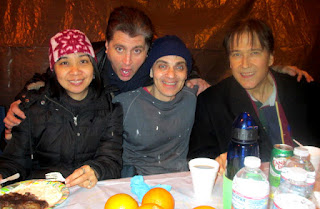 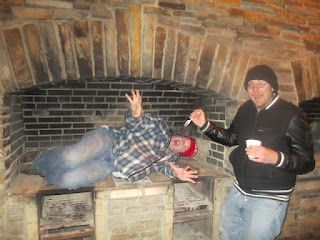 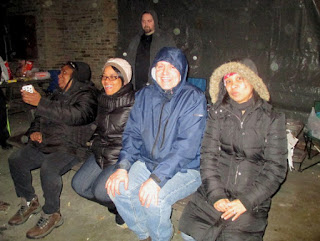 Food was more than plentiful. Dan brought pizza, Kevin chicken, Janet brought a potato dish with the rest using the grill. Nick really went over the top with everything he brought especially the perked coffee which flowed. Thank you Nick.

The best part besides everyone who was there, no ranger showed up to check on us. We stayed late, very late and just sat back and enjoyed conversation and the fire.

OH I almost forget what I posted on Facebook the night before -
The Winter Cookout/Freezefest will have a new event. 9 pm sharp the bread toss will commence. Epic battle between attendees and bread tossing. Who will survive? The winner we will be sure to toast!
Everyone wondered what the hey did it mean? Well what would you do with five loaves of bread that aren’t up to human consumption standards? Why you bring it to the Freeze Fest and toss it. And you thought only salad could be tossed. What a hoot that was. Too bad the photos of the epic bread toss didn’t turn out but those who were there will verify it happened. Then again they may deny it. 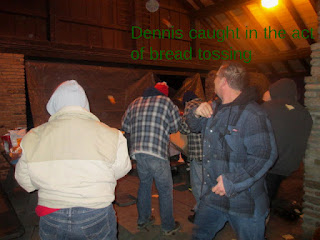 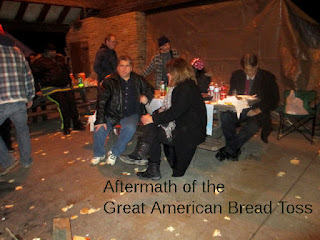 Oh well, we had fun and lots of it. Till next time….