Hey Gang,
What a whirlwind road trip of four days it has been, wow! We saw so much. What an experience we had.

We had an Ark Encounter, almost encountered my friend Mike, never encountered Janet but we did see Rock Island. Ruth met Karen who countered with follow me, you can park the night at my place, there is nothing around, you can roam the property, you do have a flash light - right?

Let me backtrack to the beginning.

It was Janet’s idea to see the eclipse somewhere in Tennessee at a place called Rock Island which I never heard of.
We decided on tagging along up with Janet and her family about a week before leaving but on the way down to Tennessee we added a stop in Williamstown, Kentucky to tour the Noah’s ark replica then join them.
We didn't take any directions other than to the ark, I figured Janet would eventually call and give directions to where they were.
Tour the ark then head south and find Janet is all that I planned, simple - right?

So let me start with writing about the ark though I really don’t want to write much about the Ark Encounter as it is called because I want you to have the same wow and awe experience seeing it for yourself as we did.
I was very anxious and curious to see the ark and it definitely didn’t disappoint, it exceeded my expectations. Once you see the ark replica and read their explanations of events surrounding the flood and after, it all makes sense. Viewing it can really bolster your faith or make you think long and hard on your beliefs.

One thing we should have planned better though was viewing the ark. It is a long tour that is self-guided and if you watch the movies set up on screens, read all the descriptions and see all the displays it can take up to 4 hours, we took 3 1/2.
We should have seen half, took a break, ate at the buffet on the grounds then finished the tour. Lots to see.

So that’s all I will write about it. We left in awe of what we saw, well worth the price of admission. If you visit the ark let me know and we can swap our thoughts on it.

I have to tell you about this because I think its kind of neat.
My friend Mike and partner in the home repair business planned a vacation to Kentucky and Tennessee weeks ago same thing with Janet. Mike's plans were for a vacation, Janet's were to see the eclipse. I decided about a week or so ago on a whim to see the eclipse. We had just entered the ark when my phone rings. I answer it and its Mike. Hey I just saw your GoGo Bus in the lot. What's the chances of running into someone on the road like that? Unfortunately they decided not to tour the ark but it was still fun receiving that call.

My thoughts at that time of the phone call were, well if Mike can find me unplanned then meeting up with Janet and her family should be no problem, she'll call and we'll find them - yeah right. 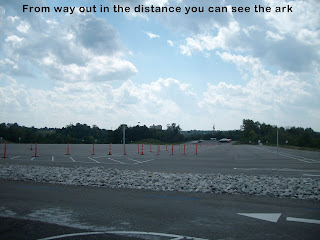 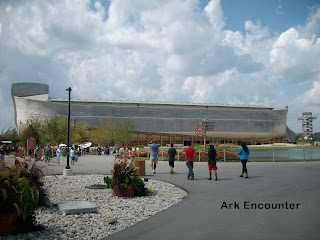 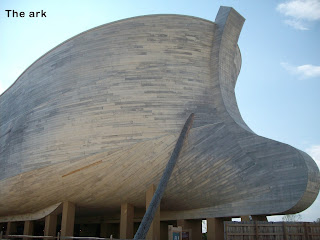 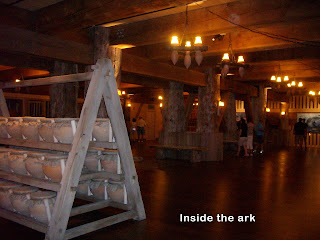