What a lame fest 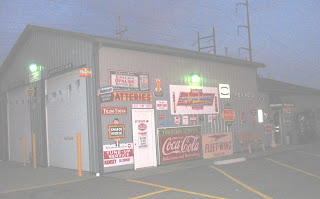 Hey Gang,
What a lame festival! I have been to some bad fests but this might win the prize. I went to the Tuscarawas Italian American Festival Saturday night. How silly. IF I had to label this I would call it the Dover food vendor weekend. And even the food vendors were nothing spectacular.

The only Italians I saw were the committee cooks of the festival manning the only true Italian stand selling deee-licious homemade deserts.

Good thing I showed up. At least there was one Italian walking the streets, hmm that doesn't sound right.

I asked everyone I could, what does a rock band have to do with Italians, wheres the gambling, wheres pictures of the pope, wheres the Catholics, wheres the Italians? I couldn't find any of these even though the festival site has some Italian events listed.

America is changing so rapidly. The younger generation doesn't understand what true ethnic is unless its Hispanic or Muslim. And even then its in a perverted sense.

I over heard at an Italian restaurant in Cleveland a man explaining to his girlfriend, who had to be at least 30, which one was Dean Martin and Frank Sinatra in a photo on the wall. And back at the festival parking lot I spoke with a man and his wife about how things are changing. He said the fraternities such as the Eagles which I belong to are having a hard time attracting new members, good thing for the veterans at least they are holding things together.

I guess America has her own identity now, but I hate it. And its not just a generational thing. There is nothing appealing or cultural about people dressing in clothes that are 12 sizes to big or going out in lounge-wear made for home, wearing crocs, tattooed and speaking like they belong on Jerry Springer. I just hate it. Someone please turn back the clock for me.

There are things to see in Dover, the Warther Museum and the Gas Pump Museum are just two.
Posted by Carey K. Masci at 1:34 AM No comments: 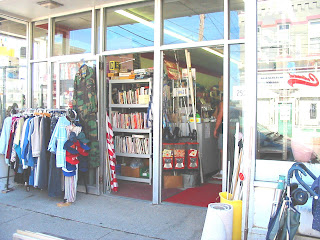 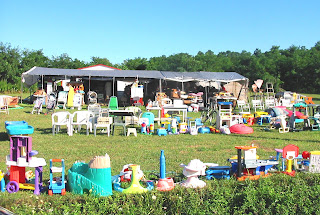 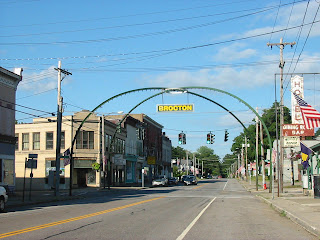 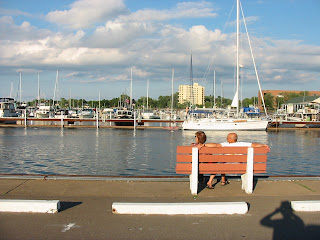 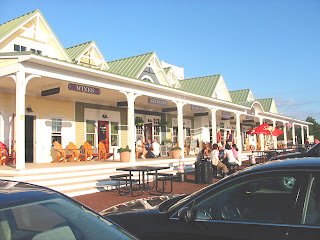 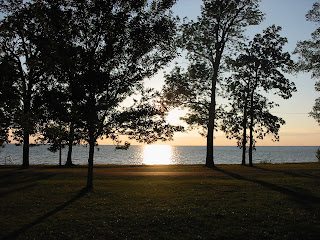 Two weekends ago I wanted to head to Evangola State Park for the Pirate Fest in New York. But it was just to bloody hot! Even though I like heat and hate air conditioning that weekend was beyond bearable. We had temps in the upper 90's in the northeast with a heat index around 110! So even for me that's a wee bit to hot especially when you are planning to drive and sleep in a 69 Dodge with no air and the engine between the front seats.


So I decided instead to take a leisurely Sunday drive by myself in my little car. (Stay tuned for that story of what I turned my Daewoo into.) I had in mind a trip of no further than about 150 miles. Evangola, NY was still a possibility, so was Tionest Dam in Pa.. I decided about 1 in the afternoon to heads towards Dunkirk, NY and if time allowed continue on to Evangola.

Here's the route I took from Wickliffe, Ohio: 90 east, exit at Peach Street in Erie, head north till it just about dead ends into Rt. 20, take a right on 20 and head east. That's it.

The day trip was nothing spectacular but was a nice leisurely Sunday drive passing through a few small towns, with decent scenery and plenty of garage sales and junk shops. In fact, if you drive this on the weekend on the corner of Peach and 20 in Erie is an excellent garage sale/ junk shop that's only open on Saturday and Sundays. It's the kind of store that is a real throwback. Aisles with unorganized shelves and an occasional gem amongst of who is going to buy that piece of trash?

I made it as far as Dunkirk never making it to Evangola. When you see the signs for Dunkirk get on Rt. 5. The beginning of Rt. 5 starts as a lake shore drive and then winds through the middle of New York. Dunkirk has a pier with some nice little shops.

After strolling on the pier I made it to a lake shore park that I think was still in Dunkirk. As I was grilling my supper and older gentleman walked by with his dog. We struck up a conversation.

The mans name was Harold, born and raised and still living in Dunkirk, 85 years old and looking good. I told him I was from Cleveland and he said I just drove through there on the way to Michigan for a wedding. I said that is a state that I think is hit even harder than Cleveland. Harold replied worse than New York? He proceeded to tell me about the economic woes of New York and the shut down steel mills in Buffalo.

From there we both complained about how things are rapidly changing in America and big box stores with made in China junk. Harold told me his Father use to own a stationery store during the 30's in downtown Dunkirk. The stores are no longer there. Developers a few years ago promised a new mall if they could tear down the old buildings but all that was built was one store, the land is still empty.

Harold said one good thing with the big box stores is you can get everything in one place instead of driving all over. I myself would gladly give up that conveniance for quality merchandise and knowledgebale store clerks.