Three vets and my tour

OK four weeks or so later I am writing about my Sunday. I guess daily blogs should be kept up daily unlike mine where there are week long gaps between stories and then those stores are days or weeks late.

Anyway Sunday April the 22nd I was beyond wiped out. So much to do as always but I was drained. What it called for was a jump in the car for a drive. Not a long one just a drive. Ashtabula is where I headed for spaghetti. Italian + Sunday = pasta of some sort.

The place I had in mind was Tony’s Dog house on Lake Ave. As the name suggests it serves hot dogs and other quick fare. But on the weekends Romano, the owner, makes pasta with homemade sauce. Just wonderful. Ruth not wanting pasta made me go across the street to Lakeway Italian Restaurant in Ashtabula that serves mostly homemade food. It’s been there for years, though this would be my first time going there.

I asked the waitress about the history of the place and other questions. She said you want to know anything about this area, see that gentleman over there, his name is Glenn, just ask him. So that’s what I did. I approached Glenn, asked a few questions and he took me around the restaurant explaining the old pictures of Ashtabula. We exchanged emails with plans to get together in the near future.

After my pizza I still went across the street to Tony’s Dog House for their pasta special. I couldn’t pass it up.

Anyway here is Glenn’s background which I don’t think he would mind at all. It is some resume and why I was wanted to meet up with him again.


To give you some of my background, I have been a baker working in a bakery, set up farm equipment for my father when he sold and serviced J. I. Case farm equipment, served four years in the Air Force maintaining radio ranges, marker beacons, Tacan, and insturment landing systems.
After discharge, worked in molded fiber casting for a short time, then moved on to Davidson Development Electronics, making chassis, wiring many different kinds of specialty equipment.
I have worked as a control operator making Titanium dioxide for about 32 years, and worked in their storeroom putting away parts, issuing parts, and maintaining inventory for about 5 years.
I have volunteered at the Ashtabula Maritime Museum for about 5 or 6 years and was an assistant director for about 2 of those years.
Now, have been with D-DAY, OHIO going to 6th year helping to maintain and operate one of their 2 Higgins landing craft and helping in Conneaut's D-DAY Museum.
My hobbies are woodworking and genealogy.

Let’s fast forward….
Yesterday Thursday May 25th I met with Glenn. Driving up from Hermitage, Pa to join us was Vince and his friend Tim. All three served in the military during the Vietnam years. Sometimes I know when to just sit back and listen; this was one of those times. There was a lot of reminiscing amongst them coupled with their knowledge I was just taking it all in. What a great meeting. 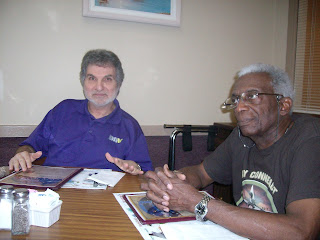 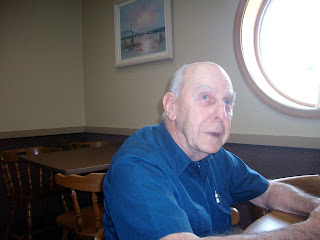 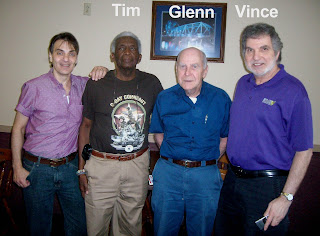 
The food at Lakeway was terrific, hey homemade cavatelli with meatball, wow, had to throw in another food commercial.

Now a couple of Careyism’s.
I am not sure the order if it was my friend John giving me two WWII era cots or if I met Glenn first who told me he was involved with the D Day reenactment and the D Day museum in Conneaut, Ohio. Regardless it doesn't really matter which came first it was back to back. I mean what is the chance of getting your hands on old army cots then meeting someone involved with a WWII museum?Again this happened back to back.

So I brought the cots along with me to the meeting so I could donate them to the museum Glenn is involved with. He said I am not sure if the cots will fit in my car. I replied just tell me where you want the cots and I can deliver. Glenn suggested let’s try the museum, it’s closed today but maybe we will get lucky and someone will be there if not we can leave the cots at my sons.
I told Glenn leave your car and I will drive. I was glad Glenn agreed to come along in my vehicle. I was given a tour of the harbor, given an up-close look at a Higgen’s boat and on top of that when we arrived at the museum the chairman was there. I was able to donate the cots, have my picture taken and just hang out. What a great experience.

Well enough of my rambling, look at the photos and watch the videos for the rest of the story.
Thank you Glenn for a terrific afternoon! 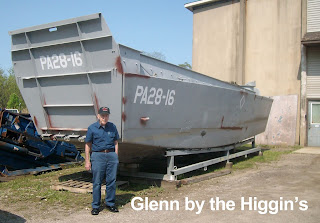 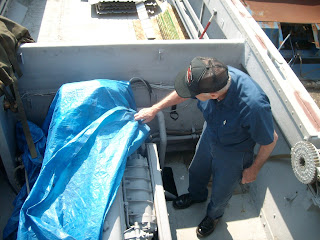 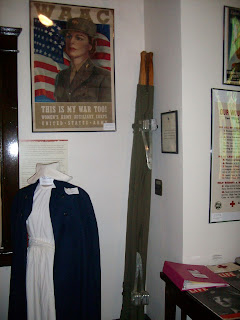 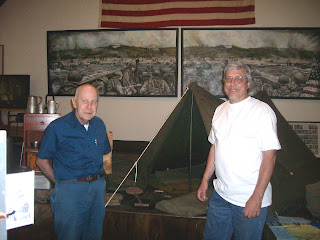 Hey Gang!
One of the captions for a photo in my newest book "Cruising Across America" is never pass an opportunity to expand your horizons.  So when I was asked to officiate and come up with the words for a civil ceremony I didn't pass it up. I was nervous but excited to be asked.

They requested that it would be short and concise. These are the words I came up with, though I did ad lib freely when I spoke it.

Friends of Mike and Donna thank you for coming.

When I was asked to do this I said without hesitation "Sure, Mike has always been a gentleman to me and Donna, well we always kid each other and have fun, I enjoy being around her."

So...
Because of reasons that preclude Mike and Donna from legally getting married we are gathered here to witness this civil ceremony which was put together by Jamie.

But does a lack of a government issued license make Mike and Donna's union or marriage any less binding? No not at all.

In the Garden of Eden when God put together the first couple, Adam and Eve, God didn't tell them to go to city hall for a license. God just introduced them and said "Here is your mate"!

And after 14 years of Mike and Donna being together I think we can all agree that God put this couple together.

Not only that but a promise to God has way more merit than one made to the government.

Mike before the vows would you like to say anything to Donna?

Donna before the vows would you like to say anything to Mike?

We will now say your vows.

Michael do you take Donna to be your wife?
Do you promise to love, honor, cherish, continue to be her mate and companion?

Donna do you take Michael to be your husband?
Do you promise to love, honor, cherish, continue to be his mate and companion?

Mike ready to put the ring on Donna? I Mike take Donna to have and to hold, to love and cherish from this day forward until death do us part.

Donna ready to put the ring on Mike?
I Donna take Mike to have and to hold, to love and cherish from this day forward until death do us part.

As God is our witness and everyone who attended - Mike and Donna you are now husband and wife! 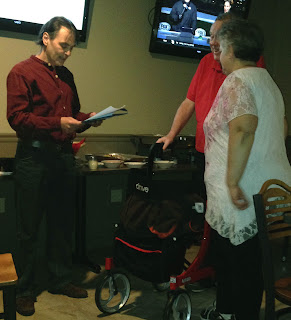 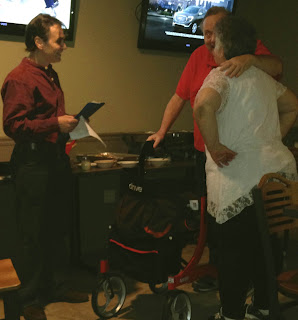 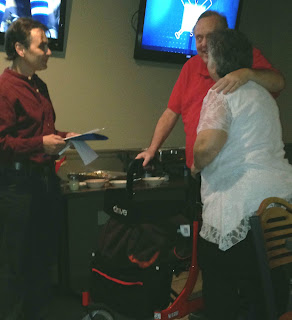 As I wrote above I was nervous thinking about doing it but once it was completed I felt great partaking in such a memorable event.

After the cake it was time to head outside so the couple could release their balloons. I told Ruth beforehand to sneak off and buy some bird seeds to toss at the couple. Today it is no longer in vogue to toss rice, releasing balloons to me is just not the same, bird seed is much closer to tradition. Too be honest, I am not sure if this is something I seen before or something that just jumped into mind.

One of the things I like to do when I am charge of events or asked to participate is watch how people react. I have been told, sometimes people think I still act somewhat immature. They don't get it. I enjoy life. Maybe this was instilled in me by my parents, by God or maybe both. Age has no bearing on having fun. Regardless I opened the bag of seeds while still in the restaurant not thinking. I told everyone to grab a handful. We had seeds falling everywhere. Walking out I asked the patrons not with us if they wanted any birdseed. Blank stares was the only reply I got.

Once outside we started tossing the seeds at each other. That's when I took a step back and watched. People who are normally way more reserved were at first hesitant then they got into the act. I marveled at how fun and silly everyone was acting. I said hey do you know we are tossing more seeds at each other than the couple? It was a great natural high, just a lot of fun with the energy lingering until we left.

Question: I've wondered since I've only been to white weddings in the past where white rice was thrown, but what about at black weddings, do they throw brown rice? Just wondering, don't throw bricks at me, bird seeds will do.