Hey Gang,
Here is yet another late posting of an eventful weekend, actually a long full day, I had on September 22.


If you are keeping up with my posts I wrote about the weekend before Labor Day August 25th how I took off to visit some friends I haven’t seen in a while, Gale, Kristine, and Judy. Then the second Saturday after Labor Day Gale Joy came up close to where I live to speak at the Lorain County Tea Party so I got to hang out with him again. And then the following weekend Gale Joy hosted a Constitution Party picnic in Sugar Grove, Ohio that I attended which is not too far from Jackson where Kristine lives. So of course being that close to her I had to say HELLO!
Did you follow that?
Wow. I almost didn’t.
It amazed me how I haven’t seen Gale or Kristine in quite some time then BAM.
Anyway…

I wrote in my blog, the entry titled “200 Miles for Supper Conclusion” how I bought a car. Well the car is 1995 Ford Escort station wagon with NO bells and whistles, though the guy had to install a modern Kenwood radio that I still can’t figure out how to use. I know cassettes are out but what happened to cd’s?  I really didn’t get any sort of deal on the Escort like I usually find cars for cheap that last YEARS but it is from Florida. It has to be the most rust free Escort you will ever see with an interior like new, and I ain’t kiddin’ either. So that’s what I drove down to southern Ohio the weekend of September 21

Some cars you have to look down at the speedometer because without knowing it you could be driving way over the speed limit. Well I had to do that with the Escort though not because of being over the speed limit but to see how far under the speed limit I was. Other than that, the car ran fine.
I pulled out the bottom of the back seat so it would fold completely flat, pulled the cargo shelf closed, threw in my patio furniture cushions and slept wonderful. OH for curtains I bought these patriotic buntings quite some time ago, I saw then in the garage and used them. I am sure when people saw the lil’ red wagon with the stars and stripes bunting hanging over the windows in the park it had to look like Ford unveiling their new cars. 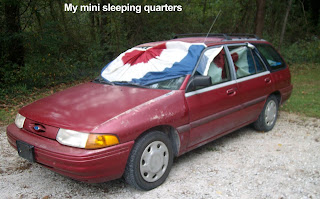 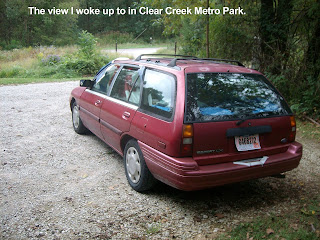 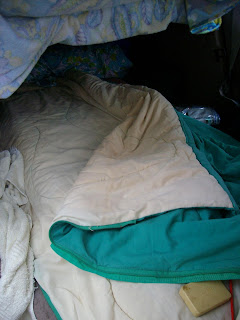 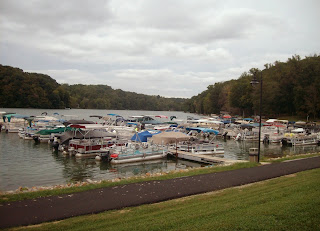 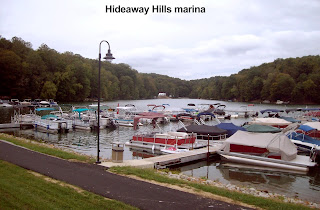 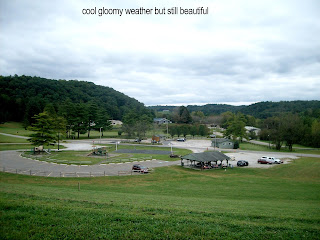 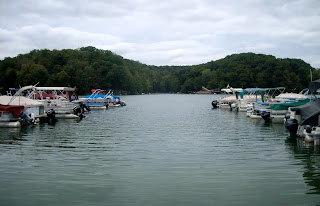 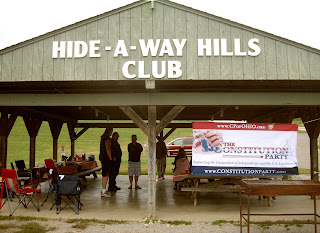 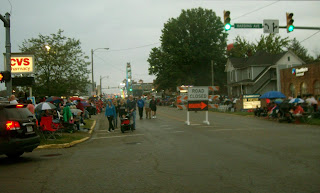 The Jackson Apple Festival has two parades. One at the start and the night parade on the closing day which is the one I attended. There was food stands everywhere, I saw three band stages set up, rides and people everywhere crowding the streets and sidewalks. I wish I could have gotten there sooner to really enjoy it.
A little before the parade began it started to rain. I ran to Dollar General to buy an emergency rain poncho but they were all sold out so the next best thing, a painters tarp. I may have looked silly but I stayed dry. 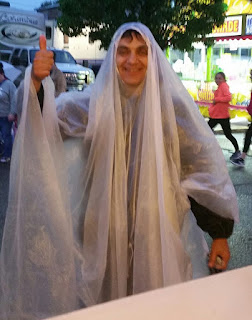 It didn’t matter if it rained on their parade; it went on and on and on. What a fun parade. I loved it. 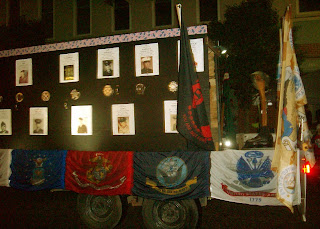 Marching bands from schools all throughout southern Ohio participated. 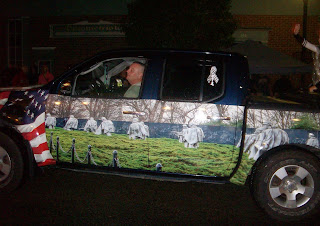 I eventually took shelter in the in the Christ United Methodist Church food booth that Kristine was working at. It was the perfect spot to view the parade.
OKKKKKKK enough writing now the link from the festival and parade. You may not need Dramamine as one usually has to take while watching my videos but you may need a flashlight. The vid of the parade is kind of dark. At least you can sit back and enjoy the sounds of the Jackson Apple Festival.