Hey Gang,
A late thank you for all that attended my 2014 Christmas party held this year at my sister Cindi's house. 15 attended and it was a blast.

Unfortunately I didn't judge the sauce right for the 4 pounds of rigatoni so we ran out. Jeff didn't care on his third helping he ate them sauceless. I was scolded by Stephanie for not telling everyone not to eat the toy soldiers I put in the pasta. Jamie also almost ate them thinking the soldiers were chocolate. Next time I will choose yellow toys so they will stick out.

Thanks to Janet for the dishes she brought a long and Paul for the salad,  Nick for supplying us with three dozen donuts, Mike for the Boston cream pie. We had plenty to eat.

This year we did the gift exchange differently. Joe recommended instead of choosing numbers we play pass the gift while playing music, when the music stops the person holding the gift gets it. Sort of a spin on the child's game musical chairs. Keeping with tradition I brought out my nifty portable GE record player playing the Ventures in Space, perfect music for the gifting fun.
Enjoy the photos and maybe next year you can join us. 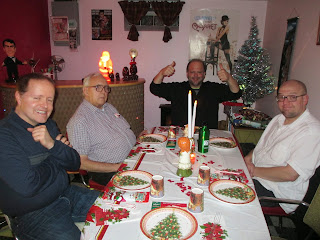 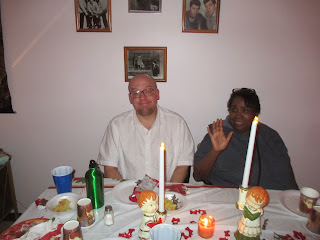 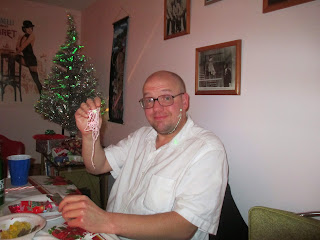 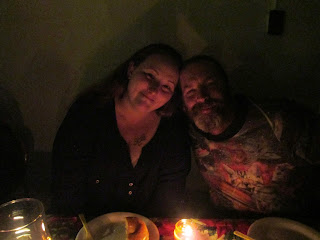 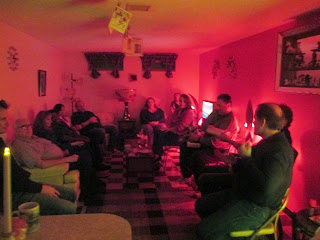 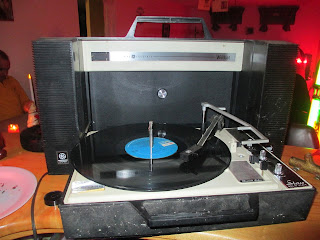 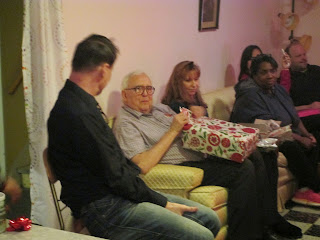 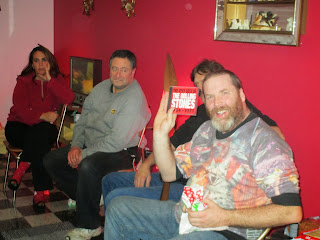 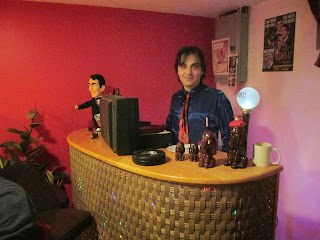 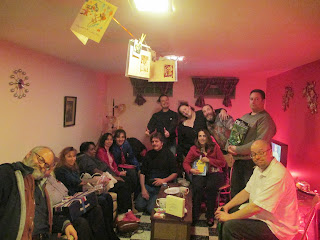 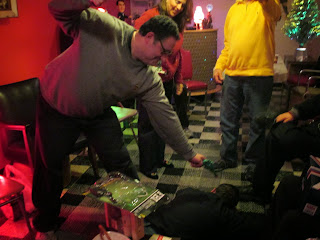 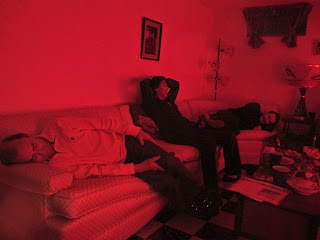 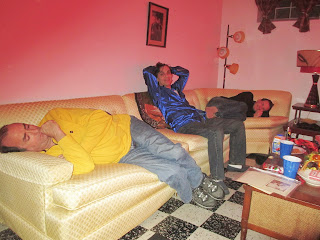 Monday was an exciting day.

Hey Gang,
Monday was an exciting day. I spoke with Chris Lambert and he wants to interview me about the book I wrote. Rich is the one who encouraged me to contact Chris who has written 8 novels and numerous articles for Scene Magazine and the News Herald.

Chris loved the flow of “Hey Gang! Ready to Go-Go?”, the ease of reading and how I set up the stories. What initially caught his attention was the story of “Beaver Creek, Buttermilk Falls and Fish”. Chris has a brother who lives in Beaver Creek so he is anxious to buy a copy for him.

Chris's co-host is Euclid's former Mayor Dave Lynch. So that should be a neat re-connection as I know Dave from his running for state rep and I spoke with him about issues I was having with Euclid and his brother is State Rep. Matt Lynch who I know.

I am not sure of the details yet as to the time and date of the radio broadcast but will let you know.

Later on in the day I was just entering a clothes store in Westlake when newscaster Leon Bibb was exiting. I extended my hand and said my favorite announcer. Leon has a voice that is made for a late night FM jazz show. He shook my hand and said thank you.

As I was in the store I got to thinking HEY thats Leon Bibb, I got to get him a book. So I ran outside. Leon didn't leave yet, he was just sitting in his car with it running. I knocked on the window, he rolled it half down with a look that said I am tired and its been a LONG day what? He said Yes. I said I just wrote a book I would love to give you a copy. He said OK. I ran to the van, grabbed a book and told Leon, the first time I met you was way back in '04 for a Bush rally held at Lake Farm Parks in Kirtland. I apologized for not signing it because both of us were business. He gladly accepted it and thanked me for the book.

So it is exciting to see what becomes of that meeting. Who knows where it may lead.

Then later on I went to China town and bought soup. The brand is Daily and written on it is MADE WITH JAPANESE TECHNOLOGY. I had to buy it. Its probably made out of space age eatable plastic noodles that stay undigested for a week and makes you feel bloated and filled. If all thats true at least I will save money on food. Or maybe it has a micro-tracking chip that subliminally tells me to go buy a Toyota.

Gotta Go-Go,
Carey
Posted by Carey K. Masci at 3:17 AM No comments:

The Go Go Bus Gets Dyno'd

one yes and one probably not

Well my book is now being sold at Wickliffe Flower Barn, 28707 Euclid Ave Wickliffe. Wickliffe Flower Barn is located in the old Denny's Restaurant. They did a terrific job in the place and is way more than just flowers. They have a mix of collectables, antiques, gifts and of course flowers. During the summer on Wednesdays they have a cruise in. In fact I went to their Cruise In Christmas party, minus cars but the owners all showed, what a fun time.

Stop in and take a look or reminise about where you use to sit when it was Denny's.

Thats the good. The bad... my book won't be placed at Love’s Travel Stops and Country Stores. Take a look at the agreement they sent me. I will still reach out once more and ask if all this holds true for placing a book in their stores but as of now, it won't be on their shelves.

Hello Carey,
We are pleased you have taken an interest in our company and want to thank you for considering Love's as a possible outlet for your interesting products. We are growing at a rapid pace and are continually looking for new and innovative merchandise to keep our product mix fresh.
Please take note of these important guidelines you must meet before the buyer will review your product:
*You must carry a minimum of $1 Million Product Liability Insurance
*You must invoice each store with the product shipment
*All potential suppliers will need to have a developed distribution model to supply all 240+ locations.
*All merchandise must contain a scannable 12-digit Bar Code
*You are not offering a public service or requesting a sublet of our property
If you meet all of the above requirements, please send your non-returnable, product sample with literature and general pricing information to our merchandise buyers for consideration. If after reviewing your product we choose to pursue further, a buyer will contact you to arrange a meeting. If we choose to forgo your product you will be notified by mail. Please allow 4-6 weeks for review.
Please send your product sample to:
Love's Travel Stops & Country Stores
Attn: Merchandise Buyer
2208 W Hefner, Suite A
Oklahoma City, OK 73120
Thanks again for your interest in Love's!
Sincerely,
Victoria Sheppard-Baker
Merchandising Assistant
Love’s Travel Stops and Country Stores
405-463-8068 Office
405-463-8918 Fax
Victoria.Sheppard-Baker@loves.com
www.loves.com

For those who are to cheap... I mean lack money to purchase my relatively inexpensive book that is sure to increase in eBay value in 75 years, now is your chance to get a copy for free.

Send me an email telling me why Santa should give you a signed book for Christmas and the best and most heartfelt tear jerking or entertaining letter recieves a copy.

Even if you bought 1 or 3 like some have but want a book to give as a gift - WRITE THAT LETTER! Time is a wasting.

Dear Santa,
The reason I should receive a signed copy of "Hey Gang! Ready to Go-Go?" is....

I will choose the best letter by this weekend and will share the winning letter on
my blog.

CareyYour book is interesting enough that I would be willing to to buy and read Volume 2 if you choose to publish a sequel. It reflects your personality and as such is quite interesting. For liberty, justice and peace, David Macko

Christmas is coming and my book makes a great gift for friends and foe. If you have that special someone who loaths me, buy them a copy of my book, its your chance to get back at them for buying you that fruitcake last year.

Here is the link from Amazon