60th anniversary of a murder that rocked the nation.

Hey Gang,
Not sure where I should post this, my political or my travel fun blog. I guess on my travel fun blog though it is far from fun, just the connection of who I met on Thursday makes it worthy to be placed here.

This July 4th will mark the 60th anniversary of a murder that rocked not only Cleveland but the nation. This murder even inspired a TV series and eventually years later was made into a movie -The Fugitive.  The murder was of Marilyn Sheppard.

There were many reasons why this gripped the nation. First this was the 50's when this just did not happen in America. Second it happened in an affluent white neighbourhood, Bay Village. Third the brutal nature of how Marilyn was murdered, she was almost unrecognisable from the beating she took. And finally the mystery of who actually did it. Sam her husband was initially convicted but after serving close to 10 years a retrial was held and he was acquitted.

Growing up this murder case was still a big deal. As a kid it fascinated me as it still does. I must have been about 10 when I read the book on the case. I have a box of all the original newspaper clippings on the murder and trial. The intrigue of who done it and what weapon was used still lingers as neither were ever found, the weapon or the murderer. But I can tell you right here who did it and what was used.

I will write in general terms now as I do not want to violate her privacy and or break her trust. But I can write this.
Thursday at a store I spoke with a lady. One talk led to another talk led to I am a relative of Marilyn Sheppard. She told me so much information that I am not even sure of the media knows what she told me. The murder weapon was not a lamp as some suspected. The reason was the room Marilyn was sleeping in did not have electricity. It was an older house. On her nightstand she kept a big flashlight. Thats what she was beaten to death with.

Here is a link to a similar flashlight.

Who did the murder? It was the window washer.


This murder did more than take the life of Marylin, it literally consumed and destroyed the family.

Carey Masci
Posted by Carey K. Masci at 2:28 AM No comments:

Part 15 IN summary of Mammoth Cave

IN summary of Mammoth Cave – it is not as live as some other caves I toured. I found sections were not that impressive if I compared it to caves such as Luray Caverns. BUT - please don't get me wrong, it is still something to see.


On the way to the Mammoth Cave it started to lightly drizzle and by the time the bus brought us back to the welcome center it was raining and never really stopped until late Monday. Before that it was picture perfect weather for the entire trip.

The welcome center has a really nice exhibit set up showcasing the early history of Cave Country and the discovery of the caves. Even if you don't tour the caves the exhibit is worth it. We spent some time looking at the exhibits. 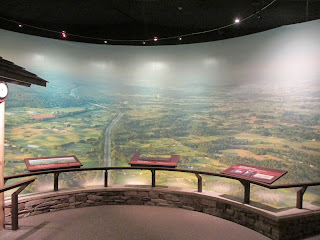 Paul found us. He looked refreshed and ready to go. What ever happened to him it was nothing serious. We were all hungry so it was time to leave and head back for supper.

Sorry but here is another sad commentary on America.
In years past one thing you could usually find was quality meat in the little town. The reason is many of the local stores got their meat from the local farmer. For instance when I use to frequent Rocky Fork in Ohio I would always go to this gas station food mart. They had the best little meat counter. All the meat was local. Today it is hard to find the little independent place as in this trip so we found a Save A Lot and went there.

I was fooled at first by their steaks because they were really cheap. I was about to grab a couple until a closer inspection revealed the meat was from Mexico and it really didn't look the best. I am shocked that in America where we use to have the best beef it has gotten to this point.

We quickly left there and located another grocery store in town that was a little better. I found something in this store that brought a smile and a remembrance of past travels to down south. It was fun to see something left from yesteryear – a hanging smoked ham. Most grocery stores or like places in the Virginia, Tennessee and Kentucky region, maybe other states also – I don't know, usually had and I guess still do netted or bagged smoked hams hanging from the ceiling or a pole.
The one I found at this food store was hanging on a pole by laundry soap. In the location it was at it did not look that appealing. Unless the tie is an ad that promises - For that clean smoked ham taste try... 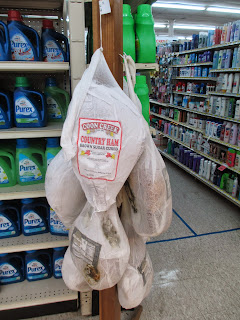 During our search for a grocery store we came upon Tepee Village motel. Talk about a throw back to the old roadside America days. According to their website there was a chain of them. Only 3 now exist. The one in Kentucky dates to 1936. 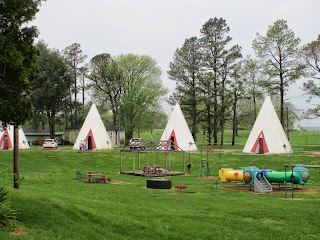 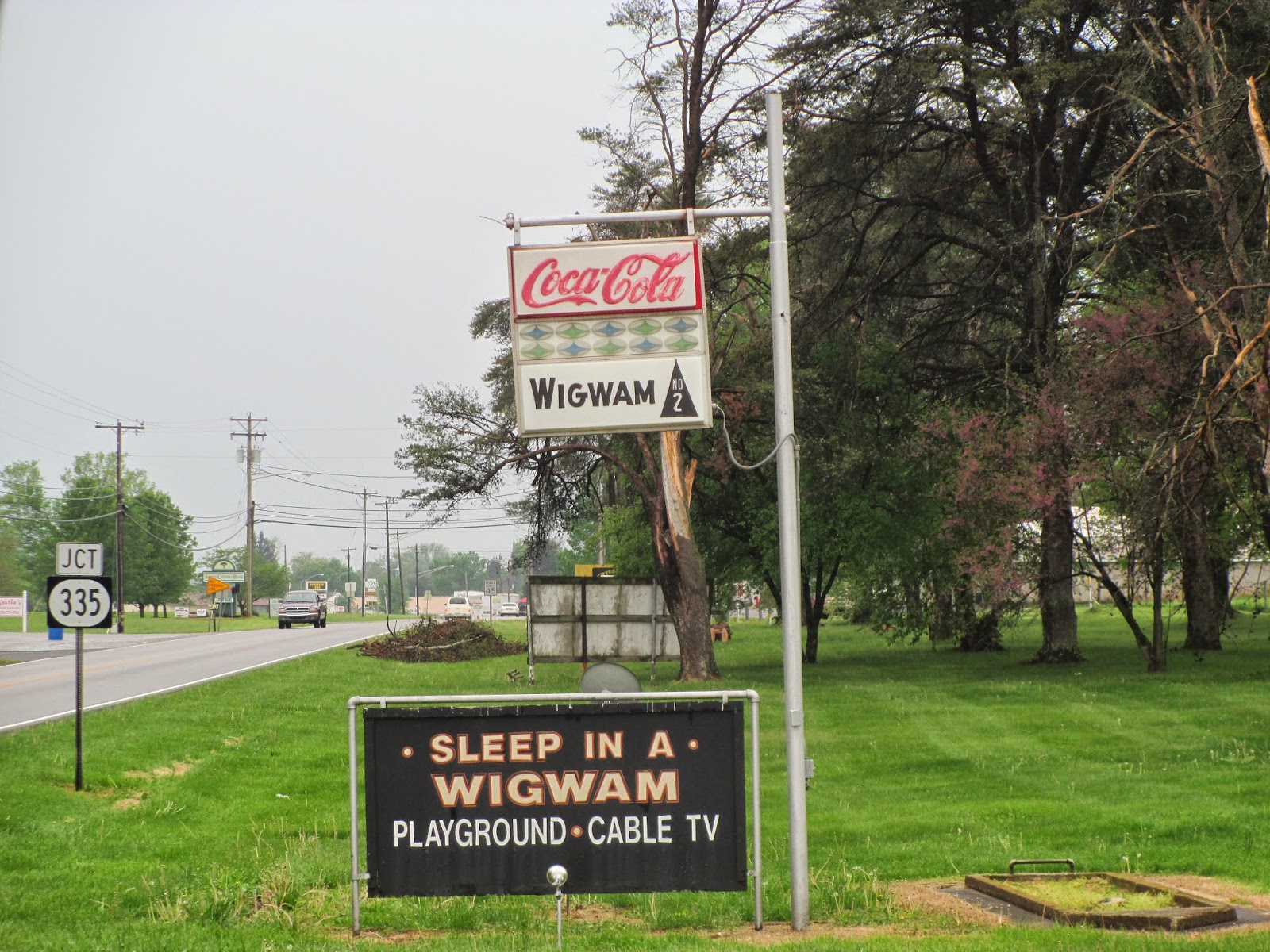 Because of the time and rain we decided to put our groceries on ice and have
our last supper at Look Out restaurant. 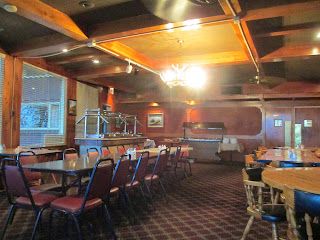 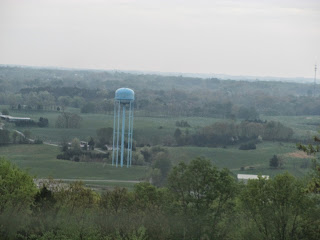 I will leave you hanging like a smoked ham and finish this later. 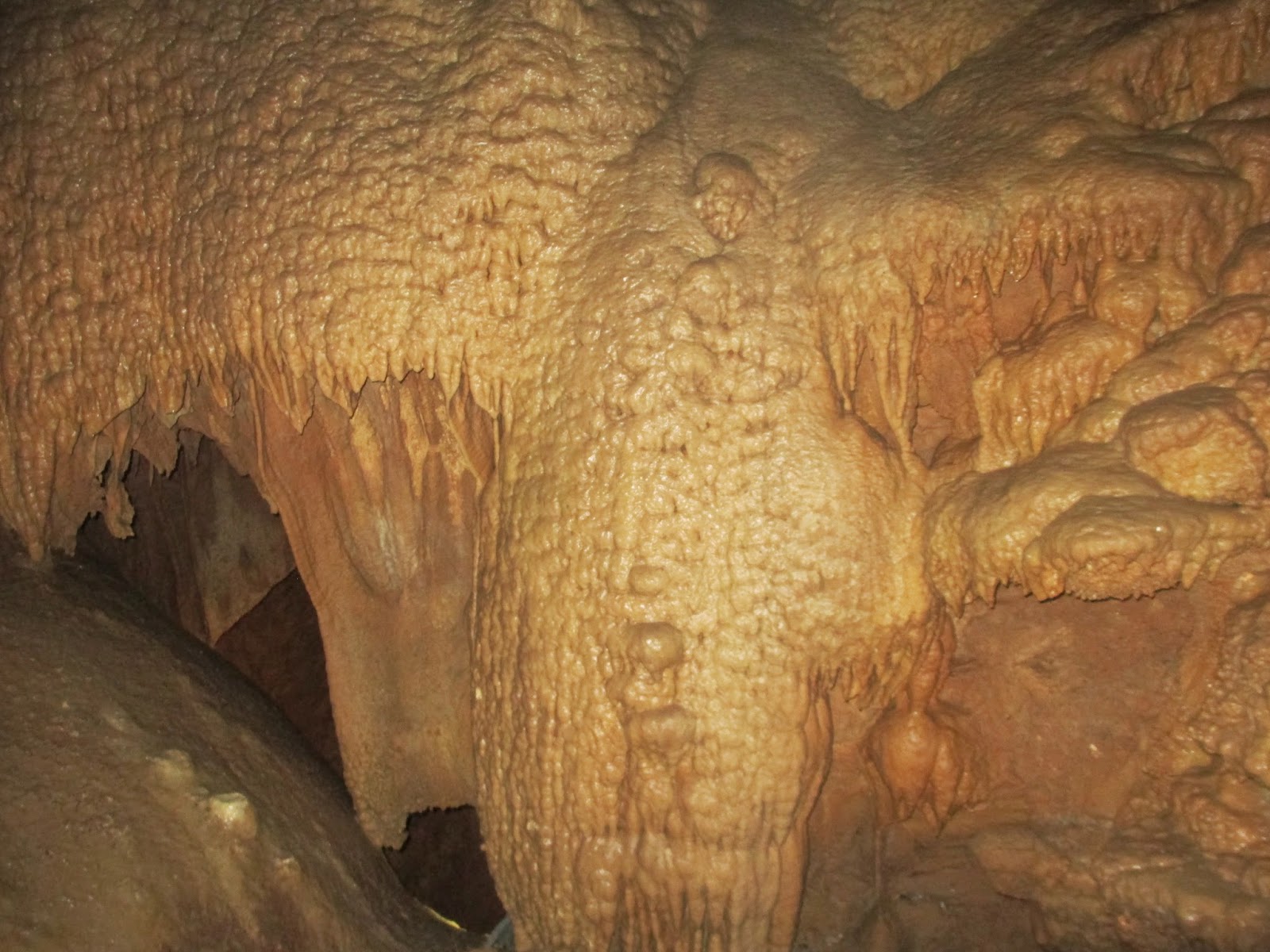 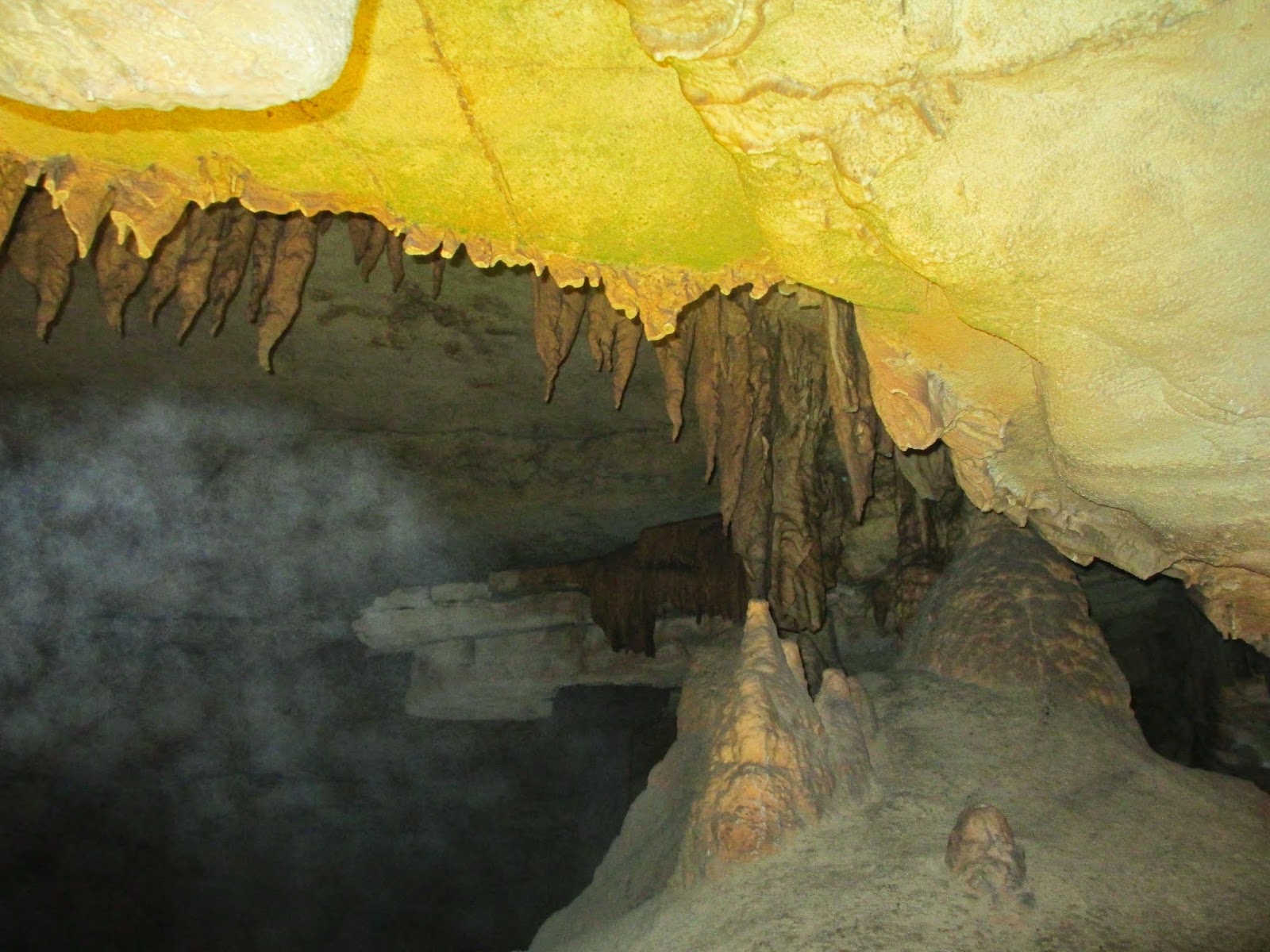 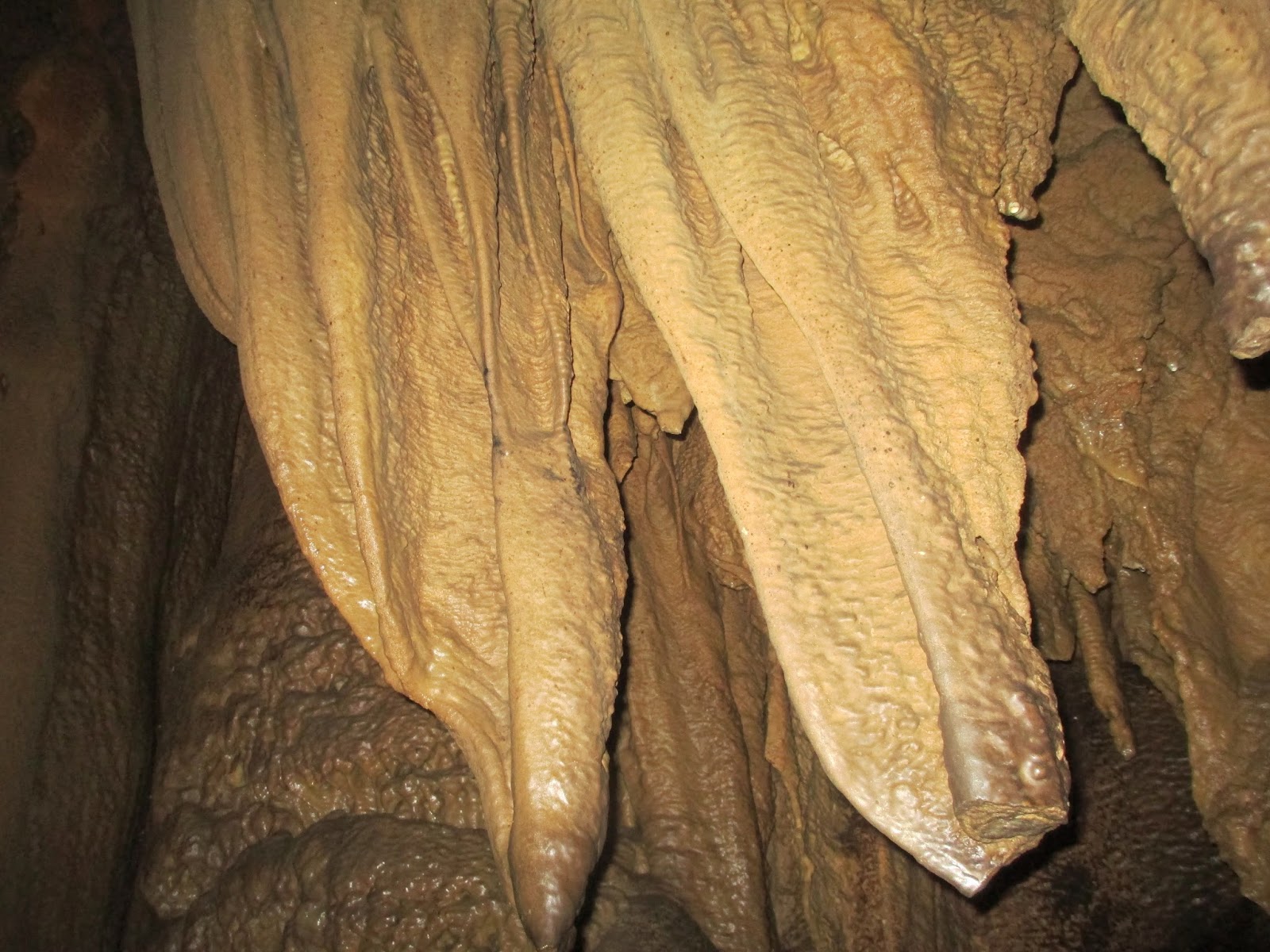 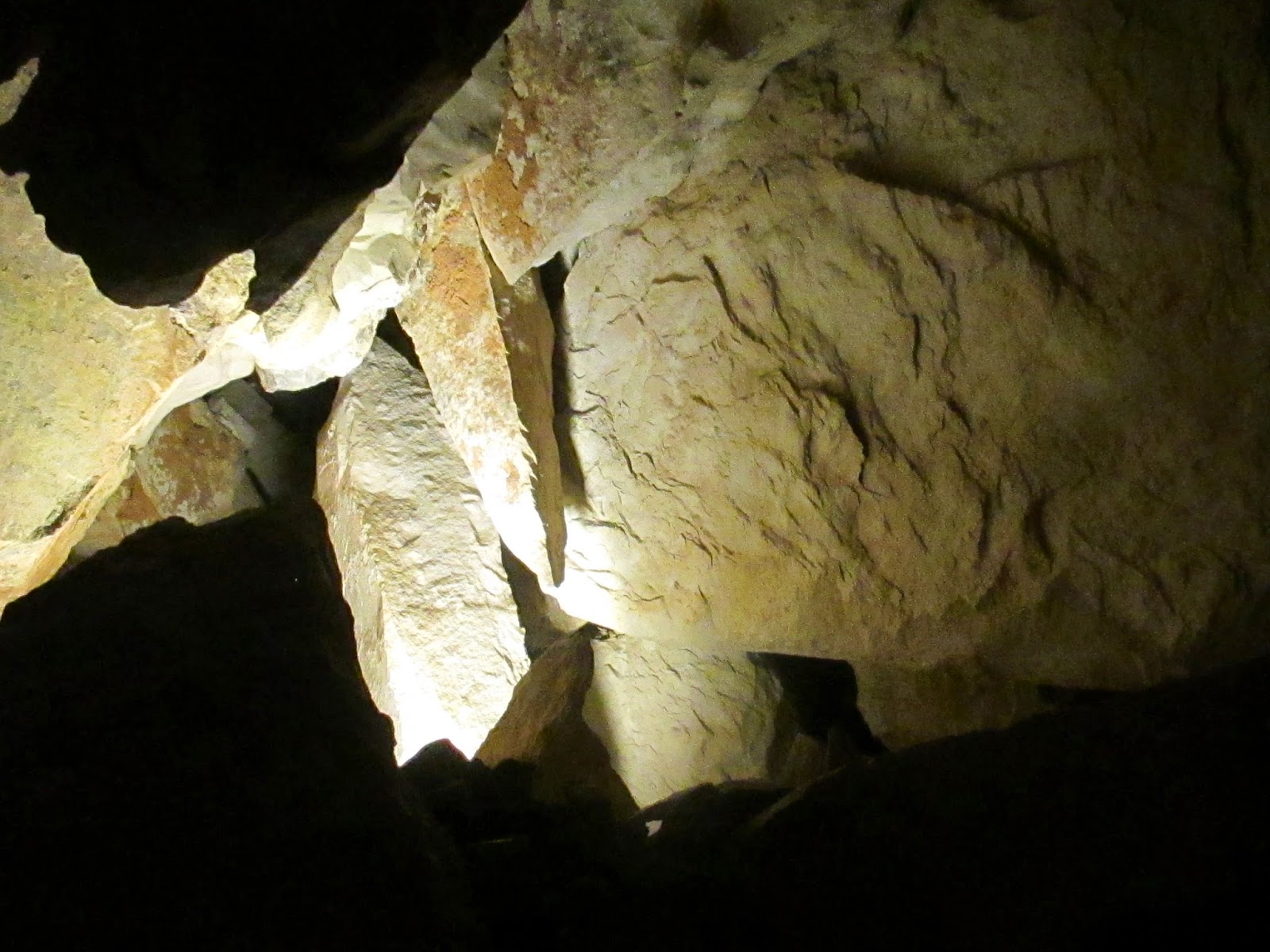 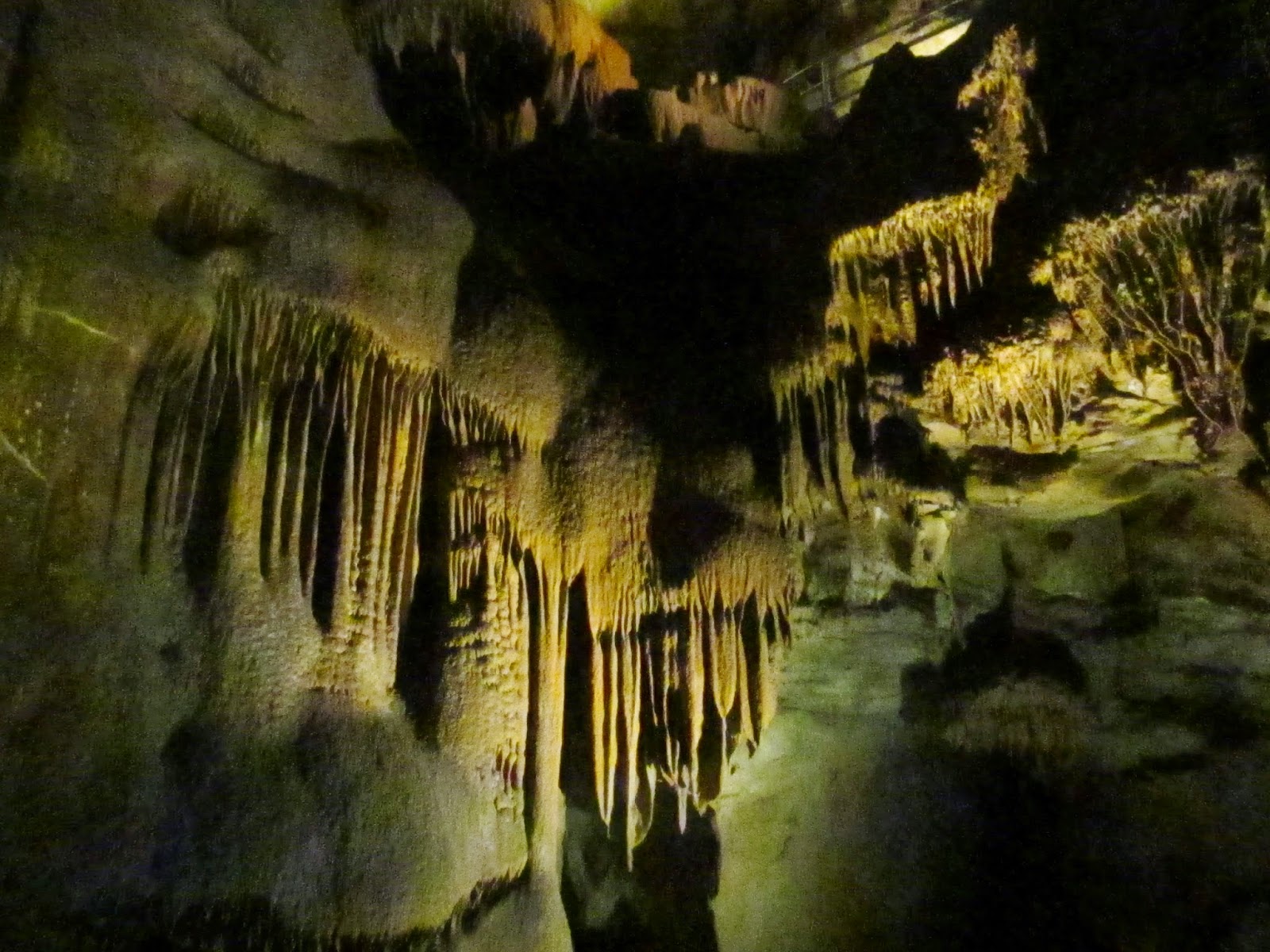 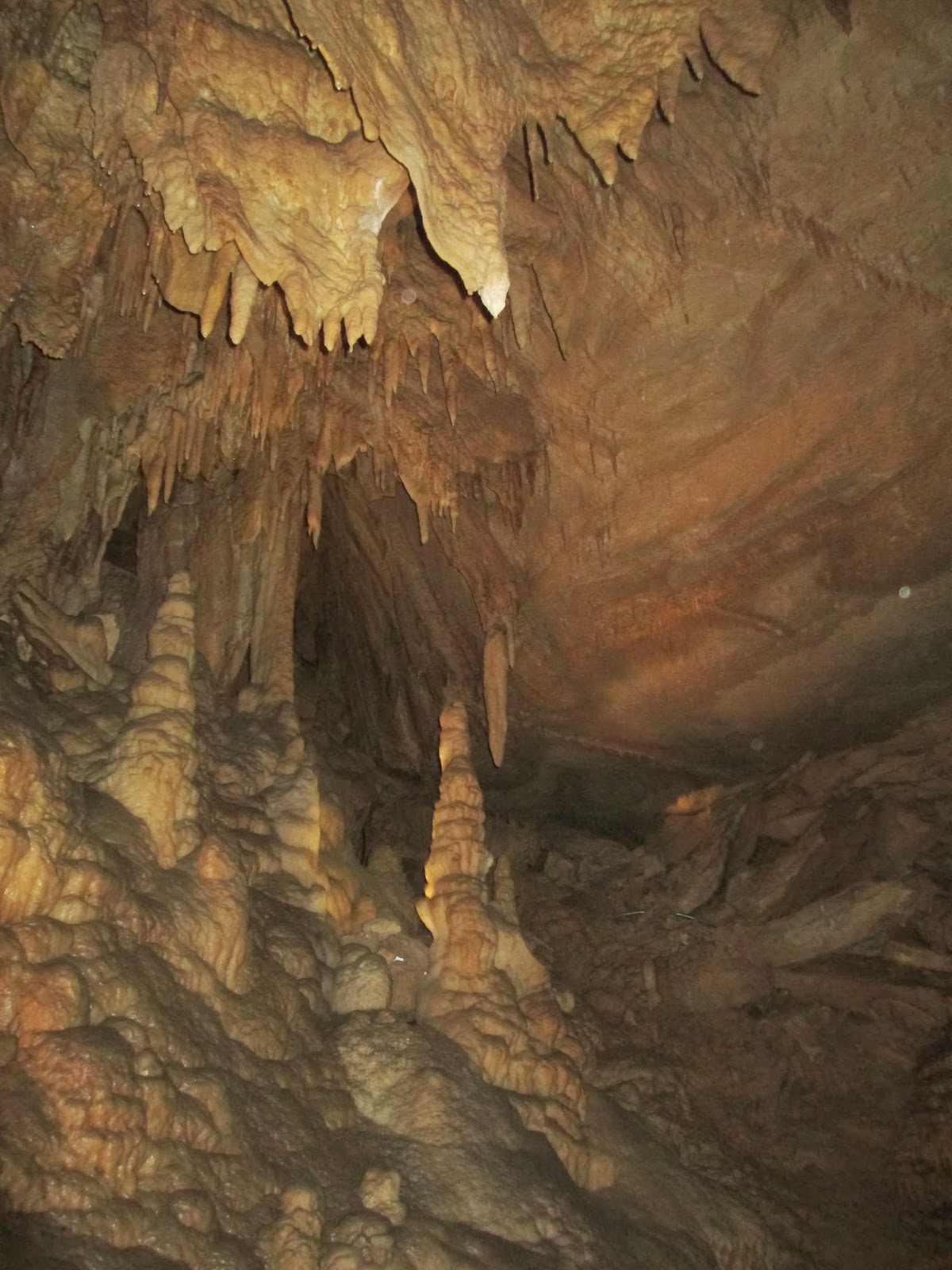