flooded and wiped out


Hey Gang,
What a semi washed out two days I had.

Friday I had to drive out to Norwalk to deliver a dresser I sold on Craigs List.  The lady who bought it gave me additional money to bring it to her.

Ruth and my folks came along for the ride.  Dad’s been wanting to get out for sometime so he was anxious and ready to go.

After dropping off the dresser I looked at the map and realized I wasn’t to far from the Sorrowful Mother Shrine in Bellevue.  Dad took the family to the shrine years ago on one of our many family vacations.  I still remember some of it vividly.  The grottos with all the candles were so impressive as were all the statues.  I also remember the outdoor chapel.

The parents were as excited to see it again as I was.  We arrive and they had yellow tape strung up keeping cars out.  I had to investigate why so parked the car and walked under the tape.  The storm that blew through the past week toppled and destroyed many of the old trees.  The place was a mess and impassable in spots.  The outdoor chapel was left untouched but the shrine itself will be sometime and who knows maybe years to get it back in shape.

We also drove through the city of Bellevue and some business and residences still had no power.  Tree lawns after tree lawn were filled with debris from the storm.  Trees down all over the place.

That was Friday. Saturday I took Ruth out to Canal Fulton for Canal Days.  I wanted to see the Civil War reenactment and also take Ruth on a canal boat ride.  Both of those along with all the amusement rides got cancelled. The reason – flooding.

Heritage Park where those events were supposed to take place was underwater.  Even the boat ride had to be shut down.  The towpaths that the horses use to tow the boat were submerged.

Last year draught and not enough water and this year too much – oh well.

Enjoy the links and the photos. 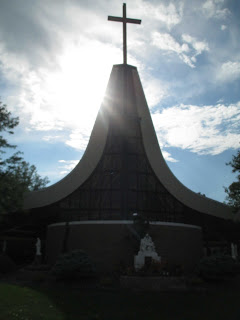 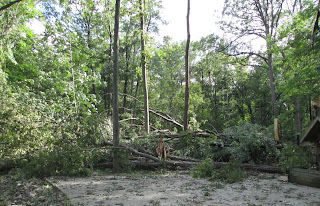 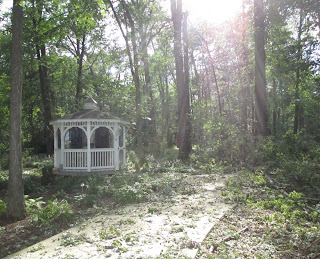 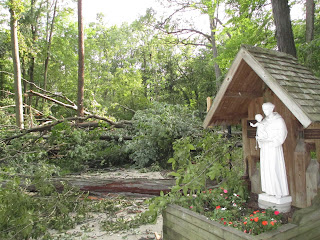 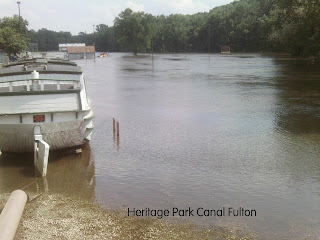 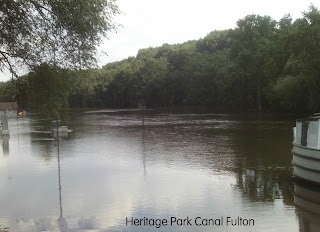 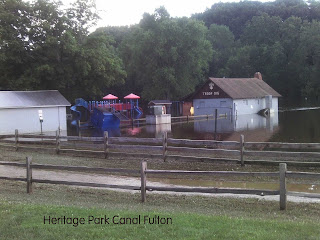 My fourth went off with a BOOM Crash BANG! - late but its here now

I had a nice small gathering with the folks, Jeff and his Mom, Malinda and Dov.  Plenty of conversation and of course food.  Then we headed to Colby Park in Wickliffe.


I tried to convince Malinda and Jeff to take my car only as its usually bedlam getting into and out of Colby.  But they insisted they drive so we took 3 cars.  Jeff found his own way and got a nice spot to see the fireworks.  Malinda followed me to the Baptist church near the park where I always park.  I was very surprised we found 2 spots left open to park.

Whats a bigger blessing than that?  They had police tape strung up to keep people back a safe distance from the fireworks.  All the good spots were filled, the park was mobbed.  We kept walking and I wish I would of taken a photo to show you.  There in the front row, right in front of where they blow off fireworks was a spot open with no one sitting there.  We threw down our sheet, Malinda set up her chair and we had thee BEST view.  We were blessed.

We were so close we felt the fireworks in our chest.  Amazing. 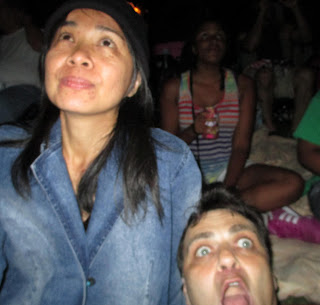 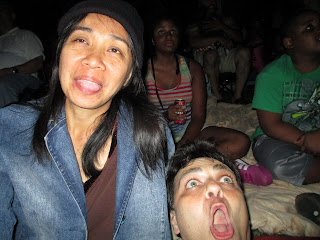 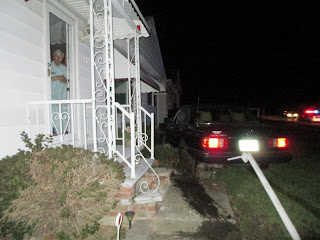 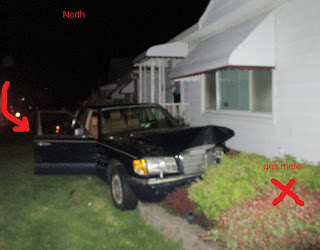 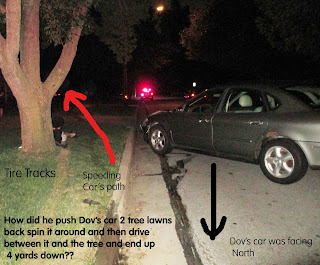 Pulling out it was madness.  So we kicked back until it thinned enough to ease out.  While waiting someone blew their horn and a bunch of cars joined in including me and Malinda.  It sounded like a rendition of Dueling Banjos car horn style.  What fun!

As we were exiting a couple of policeman zoomed out we thought it was for traffic control it wasn't.

We approached my street and there was the strangest site.  I saw a car parked crooked and facing the wrong way in the middle of my street.  I said jokingly to Dov hey that's your car.  He yelled IT IS!  I zipped into my driveway and we rushed out.  All of us were so confused.  Firetrucks, police cars, everyone out and there's Dovs car. We found out a drunk driver smashed into his car, ran across 4 lawns before wiping out a porch.

How did this man perform this feat is beyond us. How fast was he going and how did he spin Dovs car around?

A mystery for sure.

First 2 are of me n Ruth enjoying the fireworks.  Heres the link to the news story.

Gotta GoGo!!
Carey
www.gogobus.cc
Posted by Carey K. Masci at 2:00 AM No comments: