Hey Gang!
Jefferson Village, Ohio is only a scant 45 miles from my home base in Wickliffe but it seems so much farther. That is not to be taken in a negative way. I mean it as a positive. 45 miles ain’t much but it really did seem like I traveled much further. Things are so much more laid back, at ease and should I say safe in Jefferson compared to the city. I been to Jefferson enough times I even wrote about their Christmas Parade and depot but never spent time just hanging around and getting to know people. It’s a nice place.

I decided to leave at 3 am Saturday instead of trying to wake at 8 so I could arrive by 10 to set up for the Jefferson Strawberry Festival. I got in town around 4:30 went to the police station where it just so happened a cop was in the lot by his car. I asked him where I could park for the night and he said pull back there under the trees. So that’s where I parked for two nights. 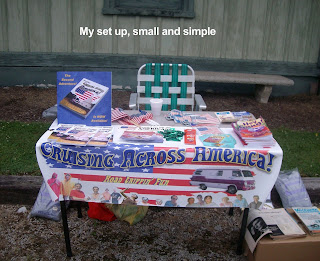 The Strawberry Festival is small but they are working on it to improve attendance and the amount of vendors. 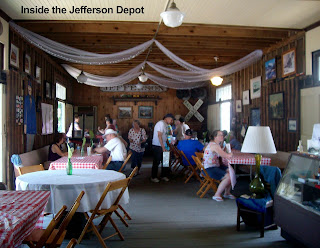 The head of the Depot is Jean and Jim Dutton. What terrific people. I don’t think Jean would mind me telling you her age, she is 90. When you see all she has to take care of at the festival and in between she plays the piano her energy is just amazing. And her husband Jim is right alongside her bouncing around greeting people, making sure the vendors are OK and parking cars. I loved their hospitality. 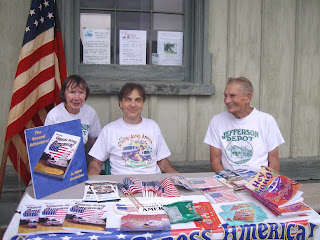 Sunday there was a car show. Instead of parking with the other cars Jim wanted to park the Go-Go Bus closer to the entrance to attract people driving by. There were some really classy cars there so I was honored to park where he wanted me to. 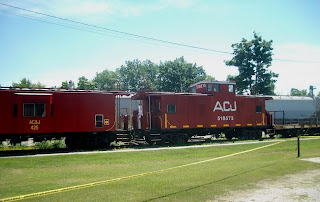 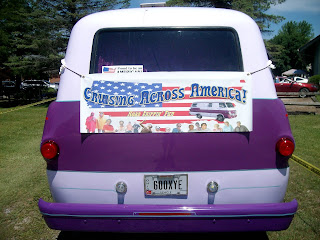 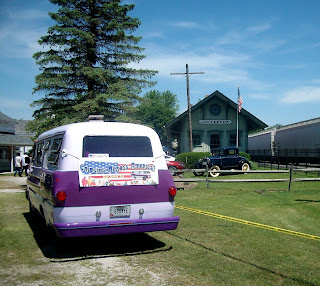 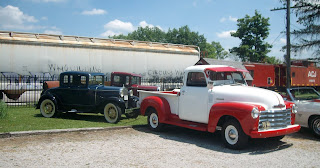 Saturday was successful for book sales, Sunday lacked but it may have been the heat that knocked the attendance down a bit.
All in all what a great time, making new friends is always fun and selling books on top of that made it very successful. 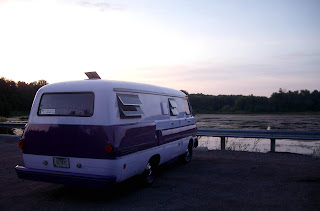 Thanks again Jean & Jim and for the rest of you, go visit the depot, its a throwback in time and Jean and Jim can tell you the story how it all came to be.